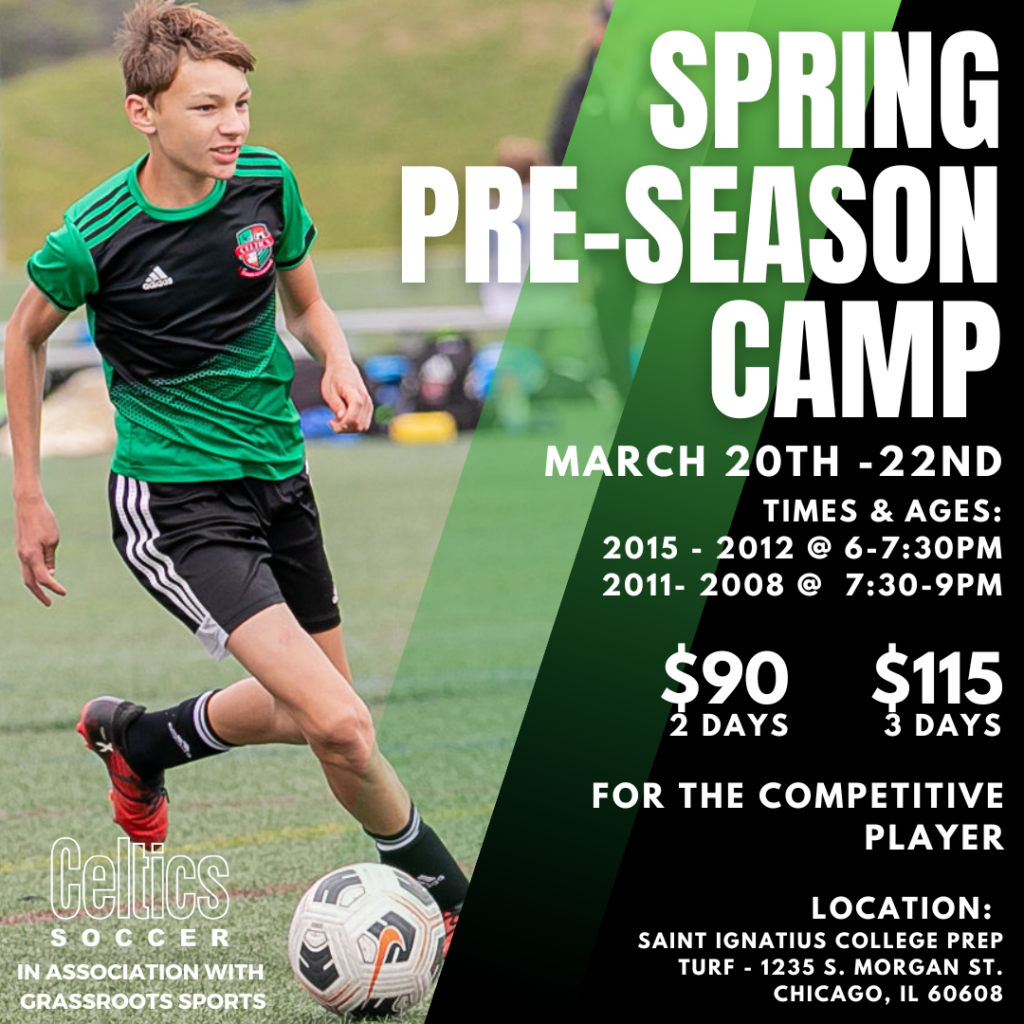 Due to high demand, registration is NOW OPEN for our new Spring Pre-Season Camp

ALL competitive 2015-2008 boys and girls players looking to prepare for their upcoming Spring season are encouraged to attend.

The camp will be run by one of the most sought after soccer trainers in Chicago: Coach Reinaldo Larotta.